Why I Didn’t Start a Board Game Company

Rise and Fall of the Idea

Last spring, I was extremely excited about developing a board game and funding it through Kickstarter. I did research, made a prototype, got user feedback, and even got quotes from manufacturers. Everything seemed to be going upwards.

One day, I was talking about the project with a friend.  He asked me, “What makes your game different?”

I didn’t know what to say. I walked among the massive shelves of tabletop stores and saw the thousands of titles already out there. After a few days, I couldn’t come up with an answer that could satisfy even myself.

My friend’s question made me reconsider my project as a whole. All my planning up to that point had been highly optimistic. I took an honest look at the numbers and there was no way I could cover the cost of art, marketing, manufacturing, fulfillment and the like. Even the best game designers sold only a few hundred copies in their labors of love.

Less than three months after beginning, I killed the project. I released the rules online as a free print-and-play. Aside from a few plays with my friends, it was the end of my board game Kickstarter project. 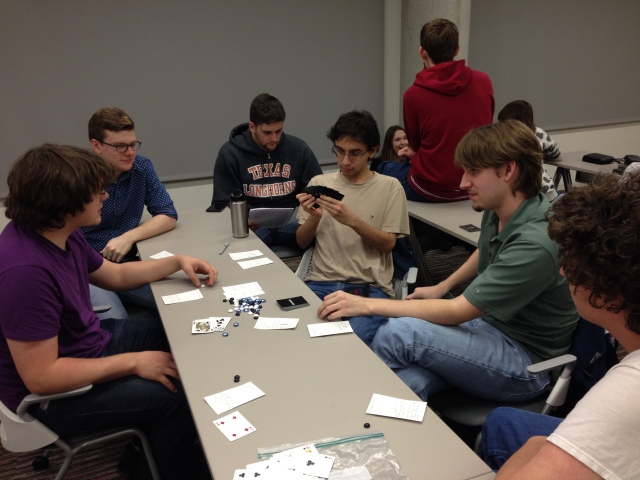 Even the best game designers sold only a few hundred copies in their labors of love.

Why I Killed the Project

In life, I feel that you have to say “No” to a lot of good things to say “Yes” to a few great things. I didn’t want to invest my life making the game into a company. Instead, if I were to take part in a startup, I would want to fill a software-related role.

I got a good picture of what it takes to run a Kickstarter campaign from Jamey Stegmaier’s blog, and it’s tough work. A founder/designer/manager like Jamey often works 80 hours a week–a Kickstarter campaign alone takes over 20 hours per week in the months leading up to the campaign. Even if I had all the money in the world, playing games with my friends is much more fun than the gritty behind-the-scenes work.

I saw firsthand that it takes more than just ideas to make a successful company. Though the people who played the game generally enjoyed it, there’s more to a venture than just a neat idea. If ideas were worth anything, lots of people would have printed out copies of their own or commented on BoardGameGeek.com. Almost no one did. I find that breaking through the crowd is more about marketing than content.

If I were to dedicate my life, my identity, to a venture, I want something that scales and could impact the world. I want gaming to be a hobby of mine, but not my identity. 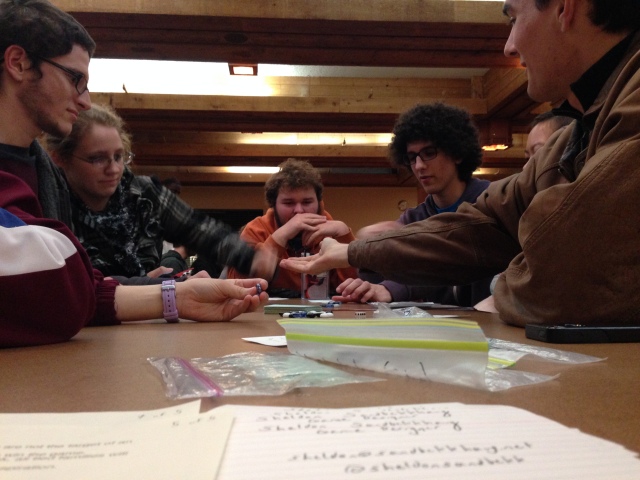 Though the people who played the game generally enjoyed it, there’s more to a venture than just a neat idea.

Though the previous paragraphs sound a bit bleak, a lot of good experiences came out of the project. I used a minimum viable product to get rapid user feedback, learned how it’s very, very hard to build a following, and found a new respect for people who run crowdfunding campaigns.

Perhaps most importantly, I had fun and made a few new friends. And for that, I’d say the project was a good experience.

This entry was posted in Psychology, Startup and tagged board games, entrepreneurship, Kickstarter, Startup, student. Bookmark the permalink.